Assembled in L.A. in 1983, the Red Hot Chili Peppers hit fame and fortune with their fused mixture of punk, psychedelic rock, and propensity to perform live more like a jam band than a studio act. In the beginning, the group worked under the name Tony Flow and the Miraculously Majestic Masters of Mayhem. Yes, and you thought 'Red Hot Chili Peppers' was a long name for a band.
> Read more

In those days, and in the first stages of performing as the Chili Peppers, their act included Anthony Kiedis on vocals, Flea on bass guitar, Hillel Slovak on guitar, and Jack Irons on drums. Today, the roster consists of Kiedis and Flea, joined by Josh Klinghoffer on guitar, and Chad Smith on drums.

Red Hot Chili Peppers has a long history of incorporating heavy sexuality into both their music and their live performances. Once appearing nude on the cover of Rolling Stone, some of their song titles aren't even acceptable to mention in polite company.

Nonetheless, they have achieved far greater mainstream acceptance and acclaim than most funk and punk artists, garnering a 2012 induction into the Rock and Roll Hall of Fame, thirteen #1 singles, some 80 million record sales around the globe, 16 Grammy nominations, 6 Grammy wins, the title of 'most successful band in the history of alternative rock on the radio', and a mention in the listing of the best-selling bands of all time. 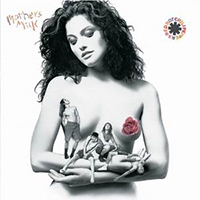 Red Hot Chili Peppers have undergone significant evolution since their inception, dabbling in various styles, from funk to alternative, metal to rap, and borrowing from a long list of legends, including James Brown, Jimi Hendrix, The Misfits, Bob Marley, Sly and the Family Stone, Marvin Gaye, Santana, The Clash, Queen, and others. The heavy rap style of Kiedis' vocals gave way over the years to more actual "singing," aided by some vocal coaching along the way.

Their lyrics have touched on numerous subjects, including overt discussion of sexual intercourse, as well as death, and some less-weighty subjects, like friendship, teen troubles, and some social justice topics, like the pros and cons of fame, Native American struggles, and addiction.

Their stage act is, well, anything but boring. They've been sued for the death of a concert audience member (after a slip and fall accident) and Kiedis was convicted once of sexual battery and indecent exposure following some concert shenanigans. Flea and Smith also faced sexual misconduct allegations, for catching and spanking a woman during a performance at MTV's notorious Spring Break event. Smith gained himself a battery conviction for that stunt.

After that, along with some addiction struggles that weren't limited to their lyrics, they took a hiatus from recording and performing during the 90's. By '99, they'd regained some composure, releasing their next album, Californication, to much commercial and critical acclaim.

Now, some three and a half decades in, even the band wonders how much longer they can keep it up. Kiedis' father is facing a long-time battle with dementia. While Red Hot Chili Peppers still loves their time in the studio recording, the touring is getting difficult. Three of the band members are in their mid-50's, the others nearing middle age. Family priorities also beacon, but they still remain at peek popularity, their studio work is solid, and their shows draw crowds like never before.

According to a recent interview with Smith and radio talk show host Eddie Trunk, "I don't know in the future how that's gonna look. We pride ourselves in putting out a really amazing performance. You want people to just walk away and be like, 'Wow, I haven't seen anything like that!' and when you can't do that anymore, you gotta really stop and go, 'We're not gonna be sitting on stools up there playing our songs'."

Flea had a different take when interviewed recently by TMZ, "That's just silly talk. We never look past the immediate future but um, were on tour right now, we're rockin' out, we're feeling the spirit, letting the music move us and to be honest since the day we started this band nearly 35 years ago, I've never ever known what's next or what's around the corner or anything and I think that the power of the band lies in that kinda just staying in the moment and staying with the energy that's moving."

Maybe they just "Can't Stop". We're cool with that.

Rage Against The Machine