As the summer of 1988 wound to a close, a new sound belted from stereos around the nation. A haunting guitar riff permeated the air. About the time the eerie wail had you fully hypnotized, a unique and unidentifiable -- but very distinct -- voice burst forth. > Read more

Sometimes screechy, sometimes mellow, sometimes gritty, other times howling -- Axl's one-of-a-kind voice, combined with Slash's fresh collection of grinding melodies, commanded the attention of audiophiles immediately. That was the first taste the American rock scene got of Guns N' Roses, but it certainly wasn't the last.

Not exactly 'hair band,' not really 'arena rock,' and not wholly 'heavy metal' either, Guns N' Roses' first album, Appetite for Destruction, released in July of '87, catapulted almost immediately to the front of the Billboard 200, and topped out at #11 on list of best-selling albums in the U.S. Copies flew off the shelves, and to date the album has amassed an impressive 30 million (legal) copies sold. Despite mixed and lukewarm critical reception, fans came fast, furious, and remain committed to the band's legacy today. Some consider Appetite for Destruction to be among the all-time greatest rock albums.

In total, GNR released 6 studio albums, totaling over 100 million record sales, 45 million of those in the U.S. alone. That puts the band high on the charts of all-time best-selling bands. In fact, they had the honorable distinction of being inducted into the Rock and Roll Hall of Fame the first year they were eligible, in 2012. But it hasn't all been roses for Guns N' Roses.

In 1984, Izzy Stradlin, founder of the band Hollywood Rose, along with L.A. Guns founder, Tracii Guns, went looking for a new vocalist. Stradlin happened to toss the name Axl Rose into the hat, and as soon as they heard his incredible 5-octave vocal range, complete with metal-esque screeching, melodious crooning, and heartfelt howling, they knew they had the equivalent of rock-n-roll dynamite. Guns N' Roses got its name from combining the names of its predecessors, "Hollywood Rose" and "L.A. Guns."

The first incarnation of GNR included: 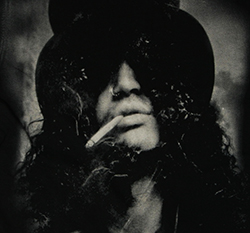 The early years, during the 1980's and 90's, GNR's lifestyle resembled that of most rock bands: endless strings of women, drugs, and hard partying. Before long, Axl Rose, Slash, Izzy, Duff, and Adler earned a reputation for being one of "the most dangerous band in the world". Membership changed from time to time, too, with Dizzy Reed eventually signing on as keyboardist and Matt Sorum coming on to take on percussion. The only consistent members, from 1990 until now, are Rose and Reed. Currently, the roster includes Rose, Slash, Reed, McKagan, Richard Fortus, Melissa Reese, and Frank Ferrer.

Though "Sweet Child of Mine" was their first single to capture the adoration of the masses, "Welcome to the Jungle" was actually their first released single in the US. It took a little nudging from the band's label to get it any airtime, but the song and video soon gained momentum among the metal-leaning rock fans, the ones already jamming to the likes of the glam metal hair bands like Mötley Crüe, Ratt, Def Leppard, and Dokken.

According to Rose, "Welcome to the Jungle" was actually inspired by a real life event, when a friend and he ran away and stumbled up on a homeless man while getting off a bus in New York City. The homeless guy reportedly yelled, "You know where you are? You're in the jungle baby; you're gonna die!" and the rest, as cliché as it sounds, is history.

After Appetite for Destruction, GNR went on to produce a series of studio and live albums including:


Use Your Illusion shouldn't be confused with two other albums bearing the same name -- plus the numerals "1" and "2," respectively. Use Your Illusion is a compilation of I and II, comprised primarily of songs without profanity and distributed via Kmart and Wal-Mart. There was a single "bad" word on the album, but the clean version allowed the band to reach a more mainstream audience than those limited to the virtual cesspool of profanity that had become hard rock/heavy metal, which presented certain challenges to radio stations not inclined to anger the FCC. A clean version just made it a bit easier to garner some radio play.

Use Your Illusion I and II were released concurrently, and marked somewhat of a turn from the hardcore rock and metal leanings of their first album. It is musically more sophisticated, borrowing from the world of blues, classical, metal, punk, and traditional rock and roll. Compare the aggressive style of "You're Crazy" and "Nightrain" with the smooth swooning in "Don't Cry" and their cover of Bob Dylan's "Knockin' on Heaven's Door" to see what we mean. Debuting at spot #2 on the Billboard chart, Use Your Illusion I sold 685,000 copies the first week out of the gate, healthily supplementing II's sales of 770,000 copies. Both albums went Platinum and were nominated for Grammys in 1992.

The Spaghetti Incident? was reportedly named for an inside joke about a food fight between Axl and Adler during recording. The album also contained an unadvertised cover of convicted murderer Charles Manson's "Look at Your Game, Girl." According to the band's manager, Dough Goldstein, "It wasn't done for the critics or anybody else. It was a bonus for the fans." But it did come with some backlash. Groups supporting victims' rights, as well as many in law enforcement, voiced strong criticism of the song's inclusion.

Axl defended his decision to include it, stating, "The reason we didn't list that song on our album is we wanted to downplay it. We don't give any credit to Charles Manson on the album. It's like a hidden bonus track." Producer David Geffen of Geffen (and Asylum) Records also defended Axl and his inclusion of the song, stating in a later phone interview, "I would hope that if Axl Rose had realized how offensive people would find this, he would not have ever recorded this song in the first place. The fact that Charles Manson would be earning money based on the fame he derived committing one of the most horrific crimes of the 20th Century is unthinkable to me."

There were also some claims that proceeds from sales would go to benefit charities for the families of Manson's murders, and that the song wouldn't be included in further releases of the album. Nevertheless, it did nothing to abate the accusations that GNR was a bit off the rails, and the song is still featured on newer releases of The Spaghetti Incident?.

Though controversy usually helps a band sell boatloads of albums, and the record had a strong start jumping to #4 on Billboard charts and quickly selling 190,00 copies, it never reached the success marked by earlier GNR albums. Subsequent years saw an increase in spats between and among band members -- most notably Axl and Slash -- and a new album failed to spit out from their sporadic efforts in the studio. They did manage to get some work done together in '94, producing a cover of "Sympathy for the Devil" by the Rolling Stones, which was featured on the soundtrack for the movie Interview with the Vampire. 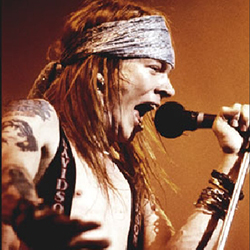 GNR didn't release a new album until 2008 with Chinese Democracy. Despite its impressive debut in the #3 spot on Billboard 200, overall positive critical reviews, and even a Platinum certification, it did not sell as well as expected. Racking up production costs to the tune of $13 million, it's reportedly the most expensive album produced in the history of rock music. Gone are Slash and some of the original band members. The album credits include Axl, Robin Finck, Ron "Bumblefoot" Thal, Buckethead, Paul Tobias, Richard Fortus, Tommy Stinson, "Brian" Mantia, Frank Ferrer, Dizzy Reed, Chris Pitman, and Josh Freese.

Is GNR broken up? Not officially broken up? Together? Not together? Who's in? Who's out? For awhile, answers were few, sketchy, and varied considerably from year to year. However, their 2017 tour, Not in This Lifetime, sits pretty at #10 on the list of highest-grossing band tours of all time, earning a whopping $339,900,000 by the month of July. Former member Steve Adler even popped by for a visit recently (despite his courtroom battles with the band), joining them onstage in 2016 for surprise performances of "Out ta Get Me" and "My Michelle."

Some rumor that Axl just refuses to play nicely in the sandbox, while other murmurings blame the absence of the band on the rock scene on a long, sordid list of lawsuits, and even on the legendary Michael Jackson. Reports were issued that Axl became furious with Slash for collaborating with MJ, since Axl was himself abused as a child, and believed the numerous accusations against the King of Pop. What isn't in dispute is that there's been no shortages of dispute.

Currently, the membership roster includes Axl Rose, Slash, Duff McKagan, Dizzy Reed, Richard Fortus, Frank Ferrer, and Melissa Reese. What will it look like next year? Who knows? But Don't Cry. You can always take the Nightrain to the Garden of Eden and enjoy this One in a Million on their Greatest Hits album.

Every record store has a featured artist showcase... Well, here's ours for Guns N Roses. In this section you'll find our recommended Guns N Roses vinyl and merchandise.

Every record store has a featured artist showcase... Well, here's ours for Guns N Roses. In this section you'll find our recommended Guns N Roses vinyl and merchandise.