Lots of people have hit the artistic jackpot with the macabre subject of hell. Dante did it with Inferno. Mike Mignola did it with Hellboy. Even the Friday the 13th series capitalized on hell with Jason Goes to Hell: The Final Friday. But nobody, and we mean NOBODY, did it like AC/DC. > Read more

AC/DC: In The Beginning

Angus Young and his brother Malcolm, both guitar players, were born in Scotland and moved to Sydney, Australia with their folks in 1963. It wasn't until '73 that they began forming the band that would soon become AC/DC. That effort culminated with the addition of the extraordinarily unique vocalist, Bon Scott. The following year, they tacked on drummer Philip Rudd and bass player Mark Evans.

During the music censorship and assault-on-rock of the 1980's, lots of rumors swirled about the name AC/DC. Some even claimed it was an acronym for "After Christ/Devil Comes." Not so far-fetched, considering their hellish lyrics, but in reality, the naming was much less sensational. The Young brothers' sister, Margaret, saw AC/DC (as in, Alternating Current and Direct Current) on a sewing machine. It sounded like it went well with the band's high-voltage music, so they went with it. 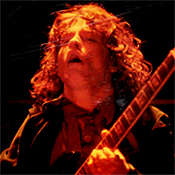 From the beginning, AC/DC billed themselves as a punk rock band. Later, they were assigned to the rankings of hard rock and even heavy metal. But the band always maintained the were just "rock and roll."

The band actually cranked out a few musical efforts before hitting it big with their hellish anthem. They first released a couple of albums: TNT (1975) High Voltage (the international release was in 1976). Then Dirty Deeds Done Dirt Cheap came out in 1976, followed by Let There be Rock in 1977 and Powerage (1978). By then, they'd garnered a not unimpressive following Down Under, but it was Highway to Hell (1979) that actually catapulted AC/DC into the arena of greatness, sealing their fate (as well as a chunk of their concert lineups for the next five-plus decades). 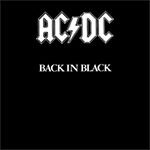 Back in Black came next; released in 1980. Unbelievably, the band was able to come back the following year with For Those About to Rock We Salute You (1981), even faced with losing their lead singer, Bon Scott. Flick of the Switch came shortly after, in 1983, followed by Fly on the Wall in 1985, Blow Up Your Video in 1988, and The Razor's Edge 1990. After some downtime, AC/DC came back in 1995 with the album Ballbreaker. In 2000, they released another: Stiff Upper Lip. Black Ice followed in 2008, with Rock or Bust being the most recent in 2014.

AC/DC also cut their share of live albums, including:

Plus, a number of soundtracks, boxed sets, and video albums.

AC/DC: The Members, Past & Present

Over the years, there were several changes in AC/DC's list of cast members. Most notably Scott, who died suddenly in 1980.

The band was in the midst of recording Back in Black, and after laying down percussion on a couple of tracks, Scott indulged in a night of heavy partying. A friend left him in the car to "sleep it off," but unfortunately, the level of alcohol in his system was enough to kill him. It was rumored that Scott, an asthmatic, aspirated his own vomit, causing him to suffocate, or that he froze to death in the car, and even that the friend who left him somehow intentionally killed him.

Investigators, including the coroner, maintain that there is no evidence to contradict the autopsy findings -- acute alcohol poisoning. The band discussed breaking up following Scott's death, but decided he'd want them to go on. His family gave them their blessing, so they found another lead singer and came back stronger than ever with a new album the very next year.

Drummer Rudd actually got kicked out of the band in 1983 for arguments with band members that reportedly got physical. He rejoined them in 1993, but eventually had to bow out due to legal problems stemming from his drug abuse and making murder threats.

More recently, AC/DC's relatively invisible "leader," Malcolm, was forced into retirement in 2014 due to the onset of dementia.

Vocalist Brian Johnson, the only fellow who likely could have even attempted to replace the one-of-a-kind Scott, was forced into early retirement in the midst of their 2016 Rock or Bust World Tour, due to severe hearing problems. He has since returned for a cameo appearance in 2017, joining AC/DC for a performance of Back in Black. Apparently, Johnson found a new hearing specialist who's done great things for his issues, but there's still no official word on his future with the band.

Long-time bass player, Cliff Williams, (since 1977) retired immediately following their 2016 tour (Rock or Bust), saying it just wasn't the same without the members they'd lost. As it happens, even Aussies retire to Florida; Williams and his wife retired to Fort Myers to fish, fly his plane, and enjoy collecting and drinking fine wines.

Others have come and gone, as well, including vocalist Dave Evans, bassist Mark Evans, and drummer Simon Wright. Currently, the official AC/DC lineup consists of lead guitarist songwriter Angus Young, rhythm guitarist (and nephew) Stevie Young, drummer Chris Slade, and vocalist Axl Rose. The band caused no shortage of controversy with that last selection, but few performers have the massive vocal range and abilities to do justice to some of AC/DC's more challenging numbers. As it happens, not just anyone can screech like a banshee and actually sound good whilst doing so.

AC/DC: The Legacy Lives On 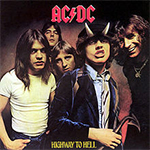 All told, AC/DC has sold more than 200 million albums around the world, 71.5 million of which were in the good ol' US of A. This ranks them #10 on the list of Highest-Certified Music Artists in the United States, as well as a spot on the list of Best-Selling Music Artists. Their best-selling album is Back in Black (50 million albums), which is #2 on the list of highest-selling albums, and the highest-selling album by a band (#1 is Michael Jackson's Thriller). The Rock and Roll Hall of Fame inducted AC/DC into its ranks in 2003. They're also listed as one of Rolling Stone's "100 Greatest Artists of All Time, and as #23 on VH1's list of the "100 Greatest Artists of All Time."

Thanks for the Rock, AC/DC. We Salute You

Every record store has a featured artist showcase... Well, here's ours for AC/DC. In this section you'll find our recommended AC/DC vinyl and merchandise.

Every record store has a featured artist showcase... Well, here's ours for AC/DC. In this section you'll find our recommended AC/DC vinyl and merchandise.

AC/DC t-shirts, awesome band hoodies and jackets - we have a ton! Shipped directly to your home from our Rockmerch warehouse, it's the best way to bring iconic AC/DC apparel and merchandise to your doorstep! Browse our awesome collection of AC/DC t-shirts today!

From AC/DC buttons to patches, to AC/DC magnets, stickers and posters, your friendly neighborhood record store has all the AC/DC merchandise you could ever hope to find. And thanks to the magic of the Internet, we can ship your AC/DC merch straight to your doorsteps. So go on! Browse our vast collection of rock merchandise from your favorite bands!

AC/DC For Those About To Rock Button - Special Order
$2.99